Saving the Day – Well, a Bit of the Day Anyway

My blog series about What Your Wedding Photographer Does For You dealt with the regular benefits I feel I bring to a couple getting married, but there have often been times when I’ve been able to help out in an unexpected way. I’ve been thinking about this after my most recent wedding where a bit of schoolboy science kept the drinks flowing.

There were cordials on tap in large stoppered jars for the guests to serve themselves from, but when the taps were on barely any liquid was flowing. One of the groomsmen thought that there must be blockages in the taps while the poor barman was just puzzled as tipping and shaking didn’t free anything loose.

I was watching them for a few moments, wondering if this was a good documentary image or just something I should leave alone, when I suddenly remembered a spot of physics from far too many years ago. The stoppers were fastened too tightly, meaning that there was a vacuum above the liquid meaning it couldn’t flow out of the tap. Problem identified the barman opened the stoppers a little and the cordials began to pour as needed. “He’s not just a pretty face!” exclaimed the groomsman which I chose to take as a compliment.

It is nice to be considered to be more than just a pretty face, or more than just the photographer though. Part of my job is to help make the wedding day go as smoothly as possible. Of course my priority is to do this with the photography, but I’m never going to stand by if there’s a problem with another aspect of the wedding that I can help with.

On quite a few times now I’ve surprised bridesmaids because I have some scissors stashed away in my kit bag that can be used to cut off labels or loose ends from a wedding dress, as well as cut the duck tape that I always carry to tuck something away or tape something else down. I always say that you can’t be a proper wedding photographer without scissors and tape.

My experience with weddings means that I’m often in a position to provide an extra helping hand or spot a problem before anyone else. For instance telling a best man what he’ll need to do during the ceremony or where it will be best for him to stand. Spotting that the bridesmaids don’t appear to have anywhere to sit during the ceremony and checking that they know about that in advance. I’m also prepared to go the extra distance even if others won’t. I recall a certain venue, that shall remain nameless, wedging the wedding cake tight against a stack of chairs. They weren’t going to move them so I did. It did mean that the photographs were better, but it also meant that all the guests could see the cake being cut. I don’t mind doing things like that. I’d rather solve problems than be one. 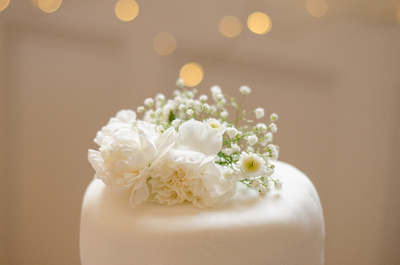 Currently solving the vacuum jar problem is the most unexpected thing at a wedding that I've managed to help out with. I'd love to hear from other wedding professionals about any unusual problems that they've faced!

Have a look at my wedding page for some problem free wedding days.