So What is Reportage Wedding Photography - Part One The Storyteller

Wedding photographers often use terms such as formal, contemporary and reportage to describe their style of work.  When looking to choose your wedding photographer it can be a bit daunting to sift through the terminology to make sure that you get the right photographer for you.

1. the act or process of reporting news or other events of general interest

3. (Journalism & Publishing) a technique of documentary film or photo journalism that tells a story entirely through pictures

At first glance this doesn’t appear to have a lot to do with wedding photography, but it’s the third definition that we need to look to. Although photo journalism might bring to mind press photographers a wedding is a story to be told, and the reportage style is when the photographer looks to tell the tale of the day instead of producing just a series of formal portraits, though these are still an important part of the photographer's job. 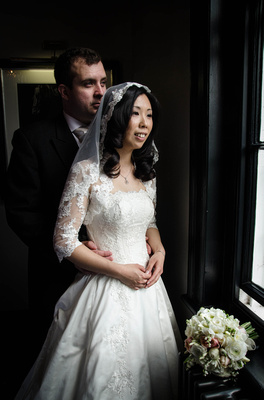 In fact that’s how I described my wedding photography to a friend the other day: I’m a storyteller, plain and simple. A wedding has a plot, a beginning, middle and an end. Well, actually I think it has several middle sections, but more on that in a moment. There are a series of moods and emotions to move through. Although the plot outlines might be similar each wedding is different and has its own story to tell.

The beginning of the wedding is like a prologue really. The bride finishing her preparations at home, followed by the groom waiting to greet the guests before the ceremony. Trying not to look nervous but the sense of trepidation is there. 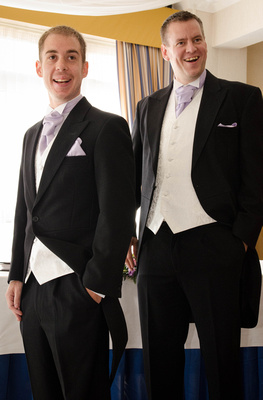 The story really gets going with the arrival of the bride and the ceremony itself. All those months of preparation are coming to fruition, but it’s really the story of that couple for just those minutes. The guests are the bit players and the bride and groom are the main characters. I like to capture the intimacy of the wedding ceremony for them, almost as if they’re in a bubble.

Afterwards the bride and groom are still the stars, but we bring in more and more of the supporting characters. This is where the reportage brings out all the subplots revolving around the main action: children playing with the confetti, friends and family meeting again on such a happy occasion, the joker in the party clowning around. 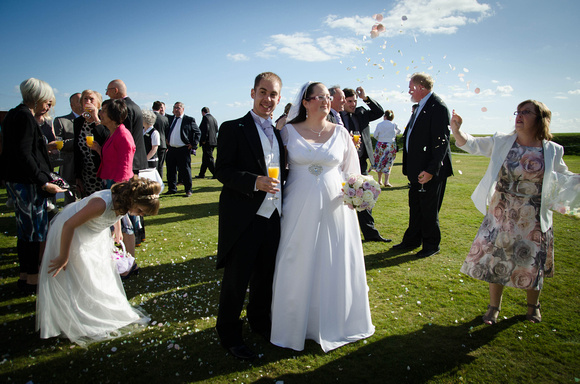 The last of the middle sections is the reception and speeches. This might seem to be a dull subject, just people standing and talking, but so much is going on. There are intimate moments between the bride and groom, and their parents and family. Plus all the guests reactions, whether they’re laughing or wiping away a tear. 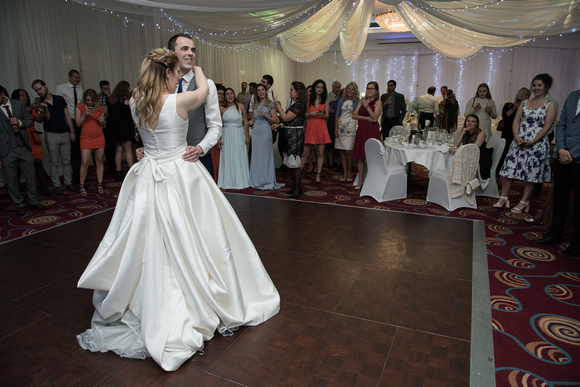 With the first dance we bring the story to its close. I think the image of the couple dancing together seals the commitment they have just made. Of course the day continues into the evening, but that’s for others to document on their phones and cameras. The tale is told.

Have a look through my wedding gallery for more of my work, or have a look at my weddings page.