What is it about the Lensbaby?

What is it about the Lensbaby?

Why I’ve done so much with it – and still have much, much more to do!

I’ve been working with a Lensbaby Composer for about 3 years now, and remain just as intrigued by it as I did on the first day I opened the box.

I bought it originally to try and make images with a miniaturised effect on the subject, but soon I became fascinated by the defocussing effect. The human eye and brain doesn’t take in an image all at once. We scan around the picture, picking out points of interest. It often seems to take a mental step backwards to try and appreciate all of a photograph in one go.

With its sweet spot the Lensbaby will only bring into focus a small area of the image, particularly if a wide aperture is fitted. The eye is directed to a specific point. This sounds restrictive, but I believe that it actually kicks the imagination into gear.  The viewer has to untangle the defocussed areas and create their own connections in their mind. A Lensbaby image seems to draw you further and further in. 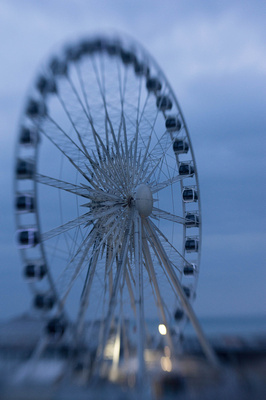 If the Lensbaby’s sweet spot is directed toward the centre of the image the subject can seem to be miniaturised. I particularly like this when my subjects are people. We look at them like toys, and then maybe consider their characters and actions all the more deeply. 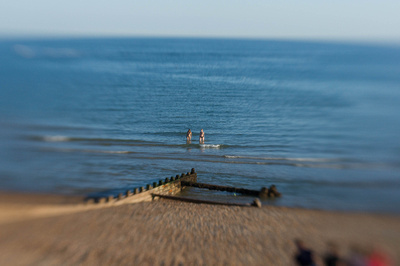 We also seem to zoom in on the focussed area. Sometimes it’s as if the viewer falls into the image. Certain subjects can lead us to be lost in a photograph that is both abstract and intensely real at the same moment. 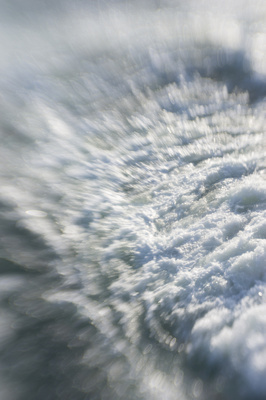 My gallery of Lensbaby images is sure to grow in time as the possibilities seem endless.